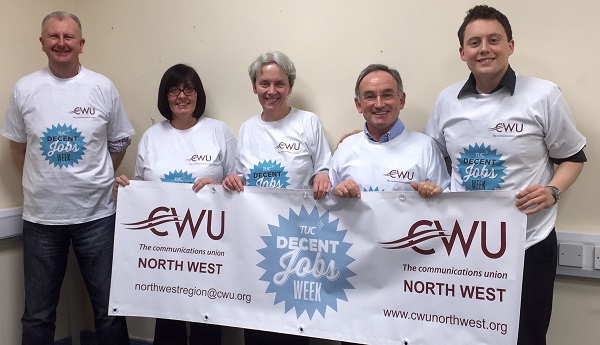 Margaret was present at a meeting showing full support for the CWU’s involvement in “TUC decent jobs week”, introduced to campaign for “decent jobs” to be made available for everyone.

15-21 December is TUC Decent Jobs Week. It’s a week of campaigning activity when we try to shine a light on the UK’s growing jobs crisis.

Millions of people are now trapped in low-paid, insecure jobs. There are more than 1.4 million zero-hours contracts in use, offering no steady work. Other people, such as agency and casual workers, lose out on important rights and benefits.